How can someone be a suspect in four murders but never be arrested or questioned by the police? How can you be named on the Police National Computer as being wanted for questioning for these murders, yet travel freely around the UK, even reportedly running a bed and breakfast in Scotland?

These are just some of the questions the family of Jim Loughrey, murdered by the Ulster Defence Association (UDA) in November 1976, want answered. 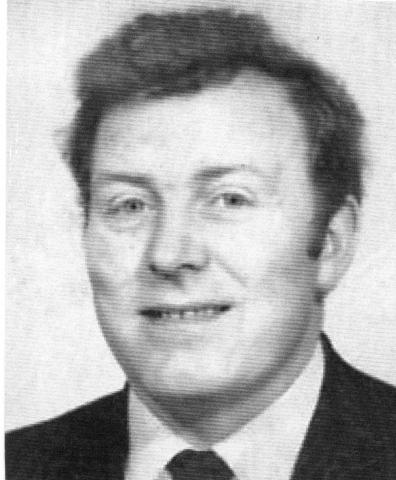 Jim lived in Greysteel with his wife Mary and their eight children aged between 4 and 15 years old. On the night of Sunday, 14th November 1976, he was at home with his family. Mary was busy in the kitchen, Jim was in the living room, and some of the children were upstairs. Poilin Loughrey had just come home from mass and was getting ready to go to a dance with her sister Anne-Marie. It was a typical Sunday evening in the Loughrey house.

There was a sharp knock at the door. Moments later there was another knock. This prompted Anne-Marie to come downstairs and Mary to leave the kitchen to go to the unanswered door. Jim beat them too it. As he opened the front door he was confronted by two gunmen and was shot several times. The two gunmen fled.

Jim’s injuries were extensive. He underwent surgery and survived eleven days, but passed away on 25th November. He was just 36 years old.

The Ulster Freedom Fighters (UFF) claimed responsibility for Jim’s murder soon after. The UFF was cover name used by the UDA but they were one and the same organisation.

We know that the Derry UDA operated in collusion with former and serving members of the security forces through the HET and historical prosecution through the courts.

In 1986 a loyalist prisoner called Leonard Campbell named those responsible for a host of “terrorist – related offences”, including the linked UDA murders around 1976-77. This led to the arrest and prosecution of a number of individuals in connection with some of these murders including a serving UDR man and a former part-time RUC reservist.

No one was ever convicted for Jim’s murder.

Campbell had named eight people as being involved in the ordering, planning and execution of Jim Loughrey. He said that the UDA Commander in Derry at the time had ordered Jim to be killed. This person was a former B Special and reportedly a former Royal Marine Commando.  He was also named as being involved in Michael McHugh’s murder. The HET called him “Suspect 1”. Declassified British government documents and other open sources reveal that at this time “Mr Andy Robinson was the UDA Commander of the UDA district.”

Robinson played a senior role within the UDA, representing them on a trip to Libya in the early 1970s to meet Gaddafi.

He apparently left the north during the 1980s, but there are reports of him visiting several times over the years. In 2006 the Sunday World did an exposè that showed Robinson running a bed and breakfast in Scotland. During this period he was wanted in connection for questioning in relation to these murders and his details were on the Police National Computer yet the HET have confirmed that he has NEVER been questioned by the police in connection with any of the murders he is implicated in.

When the Loughrey family received a report from the Historical Enquiries Team in 2013 it stated that “the possibility of some form of collusion between the security forces and loyalist paramilitaries in Jim’s murder cannot be ruled out.” They asked for answers.

In a joint press conference with the family of John Toland they asked the Chief Constable, the Director of Public Prosecutions and the Secretary of State to answer the following questions:

Who was Andy Robinson really working for and why was he never arrested over the years?

What were the circumstances surrounding his disappearance?

Could murders, including those of Jim Loughrey and John Toland, have been prevented?

These questions remain unanswered. Given the recent revelations of agent involvement in the Loughinisland massacre, it is not unreasonable to ask similar questions about the apparently charmed life of Andy Robinson.

Last week, 41 years after the murder, Jim’s family lodged a complaint with the Police Ombudsman. They are also appealing for witnesses to their father’s murder to come forward via the Pat Finucane Centre.