Following of the delivery of the Coroner’s findings in the Kathleen Thompson inquest, Fearghal Shiels of Madden & Finucane said:

“This is yet another clear illustration that the inquest system is capable of achieving the truth for families seeking answers as to how their loved ones died. 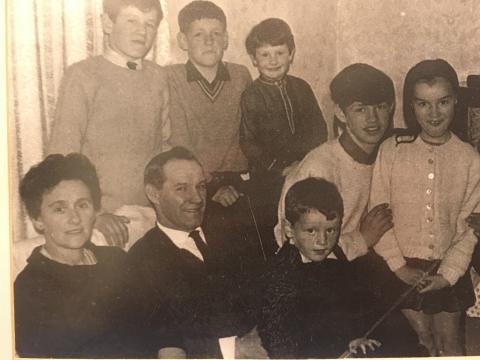 “The soldier responsible for Mrs Thompson’s death gave evidence over the course of 4 days. He persistently claimed not to have a clear recollection of the only time in which he has ever fired lived rounds in anger and killed someone.

“It is only by testing the witness’ account given immediately after the event using the independently objective ballistics, pathology and other witness evidence can a proper assessment of the witness’ credibility be reached.

“Any person who thinks that the proper circumstances of how Kathleen Thompson died could be established through the mechanisms suggested by the current government’s legacy proposals and reliant upon the cooperation and honesty of those responsible for the death, is frankly living on another planet.”

Narrative Findings of the Inquest

"Narrative findings . (a) The deceased was Kathleen Mary Thompson of 129 Rathlin Drive, Derry. (b) Her date of birth was 28 of October 1924. She was born in Quarry Street in Derry and her maiden name was Doherty. She was a housewife, married to Patrick Thompson who was a Boilermaker Welder. The deceased was also the mother of six children, David, aged 18 Pat, aged 16 (now deceased), Billy, aged 15, Mary-Louise (Minty) aged 11 , Patricia, aged 9 and Erne, aged 115 7years. (c) She was shot and fatally wounded at around midnight on 5/6 November 1971, whilst in the rear garden of her home at 129 Rathlin Drive, Derry. (d) The cause of death was a bullet wound of the chest. The bullet entered the top of the left shoulder, fractured the left collar bone and grazed the left shoulder blade before it entered the top of the left chest cavity. It then passed through the upper part of the left lung, lacerated the air passages and the oesophagus and passed through the lower part of the right lung before leaving the body through the right side of the chest. (e) Her death was caused by a high velocity shot fired by Soldier D from a position on Southway, Derry as he and other soldiers were withdrawing from the area. (f) Kathleen Thompson was unarmed and was in her garden in order to bang a bin lid or other object to alert neighbours as to the presence of soldiers in the area. (g) Soldier D did not have an honest belief that a gunshot had been fired from the garden of 129 Rathlin Drive and that his life and the lives of others were under immediate threat. (h) His actions of shooting into a dark garden in a residential area in such circumstances were in breach of the guidance as to deployment of lethal force provided to soldiers in the Yellow Card. (i) Soldier D discharged two shots into the rear garden of Kathleen Thompson’s home in circumstances which were unjustified. 116 (j) No proper investigation was carried out into Kathleen Thompson’s death.

N THE MATTER OF AN INQUEST INTO THE DEATH OF KATHLEEN THOMPSON 29.06.22 https://www.judiciaryni.uk/sites/judiciary/files/decisions/In%20the%20matter%20…

PRESS STATEMENT in relation to the settlement of the Campbell family Civil Case, Monday 21 November 2022
Cousin of Murder Victim, Sean Brown, speaks out against "Legacy Bill"
File with PPS after soldier interview- McGreanery Case Update
'Comfortable in his Coffin'
'The Impact on our Family was Colossal' Billy McGreanery
'I want the truth of my da's death' Jennifer Duffy
Statement from the family of John Pat Cunningham after the unveiling of a memorial to Dennis Hutchings at Palace Barracks
INQUEST VERDICT VINDICATES THOMPSON FAMILY