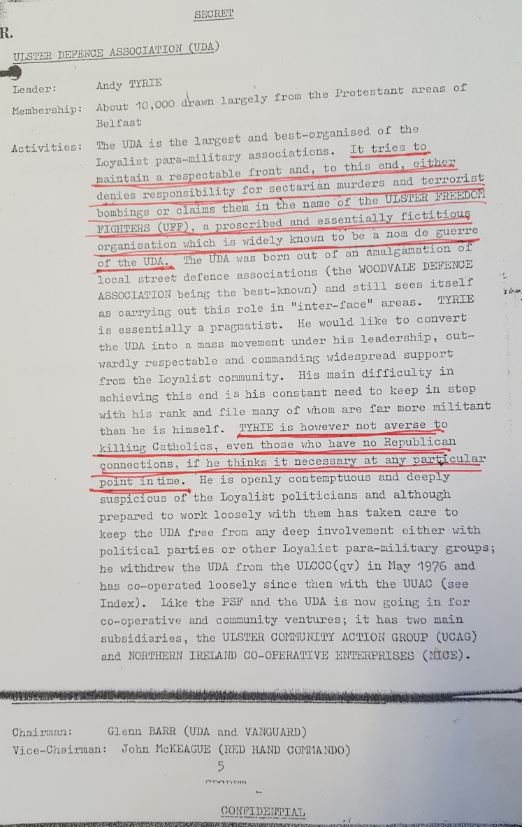 This document (which has no reference from The National Archives but which is available from the PFC on demand) is an internal British assessment of the relatives strengths of the various paramilitary groups in Northern Ireland.  Significantly, please note, that the writer assesses that the name "Ulster Freedon Fighters" - the name by which the UDA generally claimed responsibility for its attacks - is, to quote the documents own words "essentially fictitious".  So, London knew that the UFF did not exist as a separate organisation from the UDA yet refused to proscribe the UDA while knowing its members were deeply involved in sectarian violence.