Advice note from Ministry of Home Affairs dated 22 August 1972 (by this date the duties of this Ministry had been taken over by the Northern Ireland Office) which seeks to retrospectively justify UDA roadblocks which were frequent throughout Belfast and elsewhere in the summer of 1972.

The advice note states that "Members of the UDA who create an obstruction are...generally speaking committing an offence" before outlining possible defences open to them.

One defence states as following:

"...there appears to be nothing to prevent an ordinary citizen "flagging down" a driver..." and goes on to claim that a UDA member

"... has no power to search a vehicle, though presumably he may carry out a search if the person in charge of the vehicle authorises him to do so."

Even more bizarrely the legal advice goes on to claim,

"The UDA might claim that their patrols were on the look out for terrorists and they might, therefore, want to invoke s.2 (3) of the Criminal Justice Act (NI) 1967....Thus if a car were seen to be driving at speed from the scene of an explosion, a member of the UDA might be justified in stopping it. "

[unless presumably it was the UDA who had planted the bomb! Ed note]

At this time the UDA (a legal organisation) were stopping cars in Belfast and questioning occupants to ascertain their religion. Those with "catholic names" were taken away, tortured and murdered. Two such victims were James McGerty and James Corr who were stopped by UDA roadblocks on 26 July 1972 (less than a month before this 'advice' was issued) tortured and murdered. The HET report on James Mc Gerty, on file at the PFC, states that the roadblock was in place over many hours.

Others taken from their vehicles at UDA roadblocks in the summer of 1972 and subsequently murdered included Patrick O'Neill and Rose Mc Cartney, two traditional musicans, and Francis Arthurs.

The authorities were aware that Catholic civilians were being abducted and murdered at these roadblocks but chose to tolerate their existence. 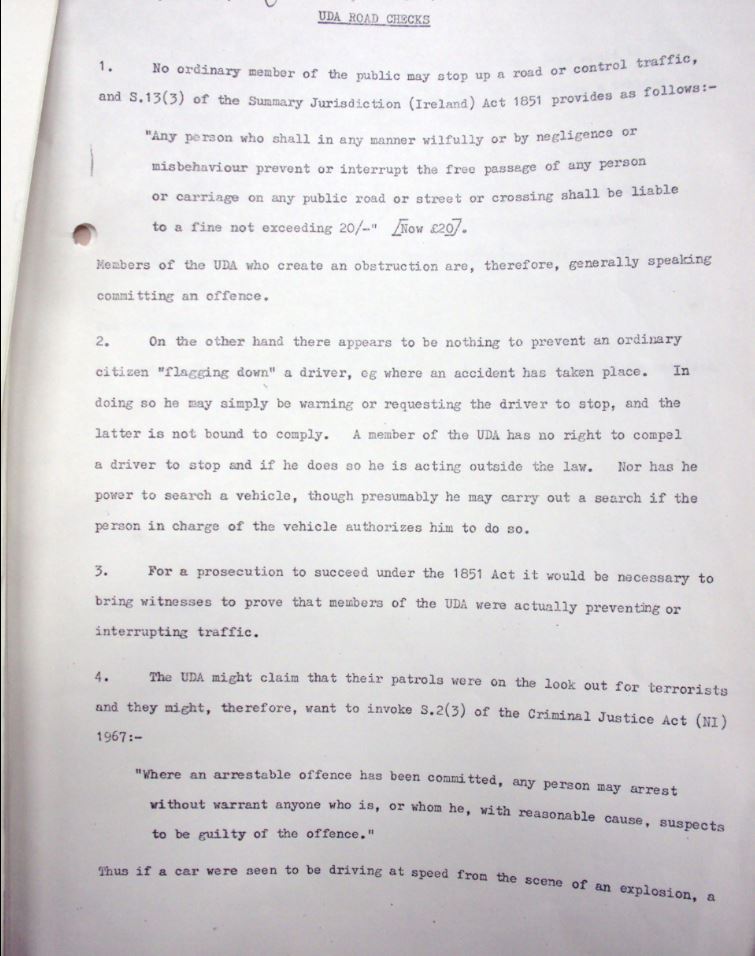 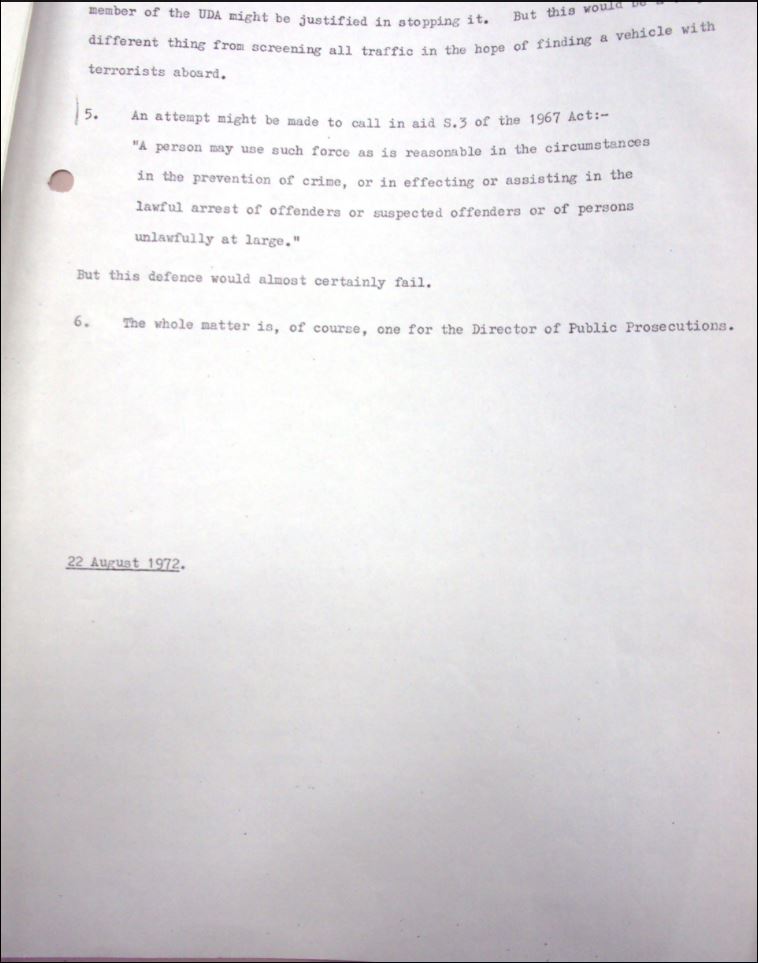