The family of Stephen McConomy have written to the Attorney General requesting he exercise his power under section 14 of the Coroners Act (NI) 1959 to direct a fresh inquest into his death. 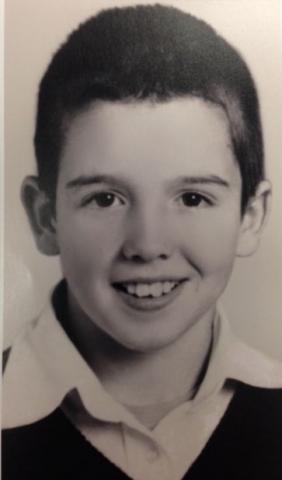 ‘Our office have lodged legal submissions with the Attorney General,  John Larkin QC, in support of an application by the family of the deceased for a new inquest.

Stephen was only 11 years old when he was shot by a member of the Royal Anglian Regiment on the 16th April 1982. He died three days later from the catastrophic head injuries from a discharged baton round. Although an inquest was held in 1983 it is clear from the documentation available to us that the inquest was not sufficiently thorough or effective, even by the standards of the time. Flawed and misleading evidence as to how Stephen died  was adduced at the hearing and there was an inadequate critical examination of the soldiers version of events. In addition, the original coroner was not afforded sight of evidence of such significance that it might have materially affected the outcome of the original inquest.

A fresh inquest could examine witness testimony which was not adduced at the inquest and additional evidence relating to the British Governments awareness that plastic bullets/baton rounds were more dangerous than previously admitted. The recent inquest into the death of Francis Rowntree in 1972 and findings of Justice Sherrard has also shed some light on the inadequate test firing, lack of training and ‘unjustified’ use of baton rounds which a future inquest could also consider.’

Speaking on behalf of the family Emmett Mc Conomy said

"Our Family have submitted an application to the Attorney General,  John Larkin QC with the support of Pádraig Ó Muirigh solicitors calling for a new inquest into the death of our brother Stephen Mc Conomy who at the time of his death was an 11 year old primary school child. Stephen was a beautiful caring child the eldest of 3 brothers.  For the last 35 years we couldn’t understand why no one has ever been held accountable for the death of Stephen or that the police at the time investigated his death to the standards that we would have expected when a child has been shot and killed. In light of new evidence, poor investigation at the time and the fact that statements from the soldiers involved were never robustly cross examined we hope that a new inquest will give the family answers as to why our 11 year old brother was so brutally killed. We look forward to a positive response from the Attorney General so that we can finally have the answers that we deserve."

Sara Duddy, the Advocacy worker with the PFC commented,

‘Clearly there are major issues around the brutal shooting of Stephen that remain unresolved. Among those issues are the files that the MoD is determined to keep closed but which could be accessed by a coroner. There are files in the National Archives directly relevant to the use of Plastic Bullets which are set to remain ’classified’ until January 1 2071, almost 100 years after Stephen was killed. This is perverse in the extreme. We have also spoken to numerous witnesses who were kids at the time and never came forward but could now assist an inquest. Following Stephen’s death a senior RUC officer ‘interviewed’ the soldier who fired the fatal shot. This interview concerning the violent death of a child lasted a total of 63 minutes. The so-called investigation was a travesty.’