A Coroner sitting in Omagh has acknowledged today (9 February 2022) that, while many of the Hampson family's questions may go unanswered, their father, Gerard, died as the result of the actions of a third party, or parties, and DID NOT take his own life. 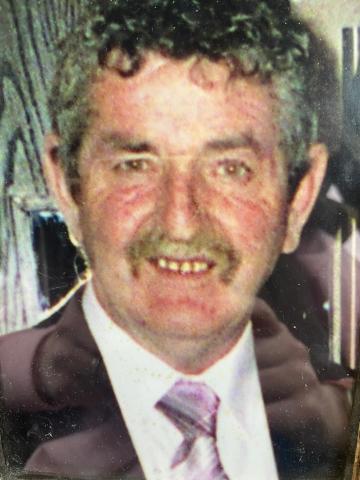 THE HAMPSON FAMILY HAS ISSUED THIS PRESS STATEMENT AND TIMELINE

It has taken 14 years for our family to have some answers about how our father died, and although we still have questions that may never been answered, we feel that today marks a degree of justice and closure.

Our father Gerard, known to his friends and family as ‘Shorty’, was loved deeply by all who knew him. He had an amazing sense of humour and was adored by his grandchildren. He spoke to at least one of his children every day, and we called him ‘Buzzby’ as he was all ringing us.

When he went missing at the end of November 2007 and had no contact at all with any of his children, we knew something was wrong.

When we reported this to the police and asked for help, we were ignored. When we needed compassion and support, we were met with contempt.

Following a complaint to the Police Ombudsman in 2010, a report was published in 2016 that outlined a series of police failings throughout the ‘investigation’ (see below).

Since then, the PSNI have reinvestigated the disappearance and death of our father, but they were hampered by the inadequacies of their initial investigation. At some stage the police began to treat Gerard’s death as a murder.

There have been two arrests (in 2016 and 2019) in connection with our father’s murder, but no prosecutions. We know it is unlikely that we will ever see those responsible held to account in a court of law, largely due to the police’s failure to secure potential evidence and pursue leads back in 2007 and 2008.

However today does mark a victory for our family. We never believed that our father took his own life, and the Coroner has examined the evidence over the court of this inquest and has reached the same conclusion. This brings immense relief to our family and draws a line under the innuendo and suspicion around his death.

During that time our family have had to fight every single day to find out the truth about what happened to him. Today we have some answers.

We would like to thank Noel McCartney, who helped us when our father went missing, and also provided evidence to the inquest last week.

We would like to thank our lawyers Mark Reid, Paul Foster and Niall Hunt who represented us this week and over the past few years. We would also like to thank the Pat Finucane Centre for their continued support. The PFC helped us with our complaint to the Police Ombudsman in 2010 and have been with us at every meeting and hearing in the 12 years since.

• On 28 January 2010, Bridgeen, supported by the PFC, made a complaint about the police investigation into her father’s disappearance and death;

• October 2012 the Police Ombudsman concluded his investigation and submitted a report to the PSNI's Service Improvement Department (SID). The report included a number of recommendations for police. As one of those was that the PSNI should commission a full structured review into the circumstances of Mr Hampson's death, OPONI decided not to publish his findings at that time;

• 2015: Witness Y provides statement to the police indicating that he had been told by Witness X that Gerard Hampson had been drowned (family unaware of this until inquest);

• 26 January 2016: OPONI publish their report into their investigation- This investigation was focused on reviewing the police response to his disappearance and subsequent death.;

o In the hours after Gerard Hampson was report missing, police failed to complete an assessment of the level of risk to his safety, as they were required to do;

o The police investigation into the disappearance of Gerard Hampson was most flawed in its early stages, when the majority of the evidential opportunities were missed;

o Investigative opportunities continued to be missed after the investigation was transferred to CID – ‘a multitude of basic enquiries were overlooked and neglected.’

o An investigative bias existed in the police search for Gerard Hampson. It made the assumption he was not at risk and would “turn up” at some point;

o The period when the Major Investigations Team was in charge was the most thorough stage of the police investigation;

o The final phase of the investigation saw some but not all appropriate actions progressed. This phase also suffered from the opportunities missed during the earlier part of the enquiry.

• September 2017: Family informed no prosecution in relation to Witness x;

• September 2019: A second person is arrested, and a file submitted to PPS;

• Family informed there will be no prosecution in relation to second suspect;

Link to Ombudsman's report on death of Gerard Hampson https://www.policeombudsman.org/Media-Releases/2016/Failings-during-investigati…