Event to Mark International Day in Support of Victims of Torture

26th June marks the International Day in Support of the Victims of Torture.

The PFC, along with our colleagues in CAJ, Amnesty International and Matrix Chambers marked the day by outlining evidence of torture carried out by the RUC and British Army during the 1970's in the north of Ireland at an event in London. 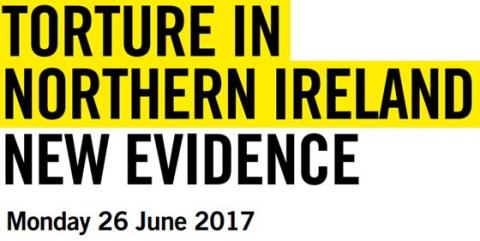 Documentary evidence uncovered by the PFC in the National Archives in Kew, and also in closed archives in Cardinal Ó' Fiaich Library in Armagh, outline numerous cases of extreme forms of torture included electric shock treatment, sexual assault/ rape using objects, and what has become known as "Waterboarding" against detainees in the north of Ireland during the conflict.

Today this evidence will be presented at a seminar in London. Speakers include:

The contemporaneous statements of the victims will be read by actors Stephen Rea & Roisin O'Loughlin.

One victim of waterboarding will be giving evidence at the event anonymously.