The Irish News' further coverage of 'UDR Declassified' on the morning after its launch in Belfast.

A new book published this week reveals that military chiefs believed the regiment was colluding with loyalists soon after it was established in 1970.

The UDR was established in 1970 after the Hunt Report recommended that locally recruited force be set up to replace the Ulster Special Constabulary (USC) in the wake of widespread disorder the previous year.

Initially it attracted Catholic recruits but as the Troubles escalated, many left.

In July 1992 the regiment went out of existence when it was merged with the Royal Irish Rangers to form the Roy al Irish Regiment, which was also viewed with suspicion by nationalists.

UDR members have been linked to sectarian attacks including the activities of the notorious Glenanne Gang, which has been blamed for the murder of dozens of innocent Catholics.

Through painstaking research, author Micheál Smith has pieced together how British government and military officials viewed the regiment at the time. 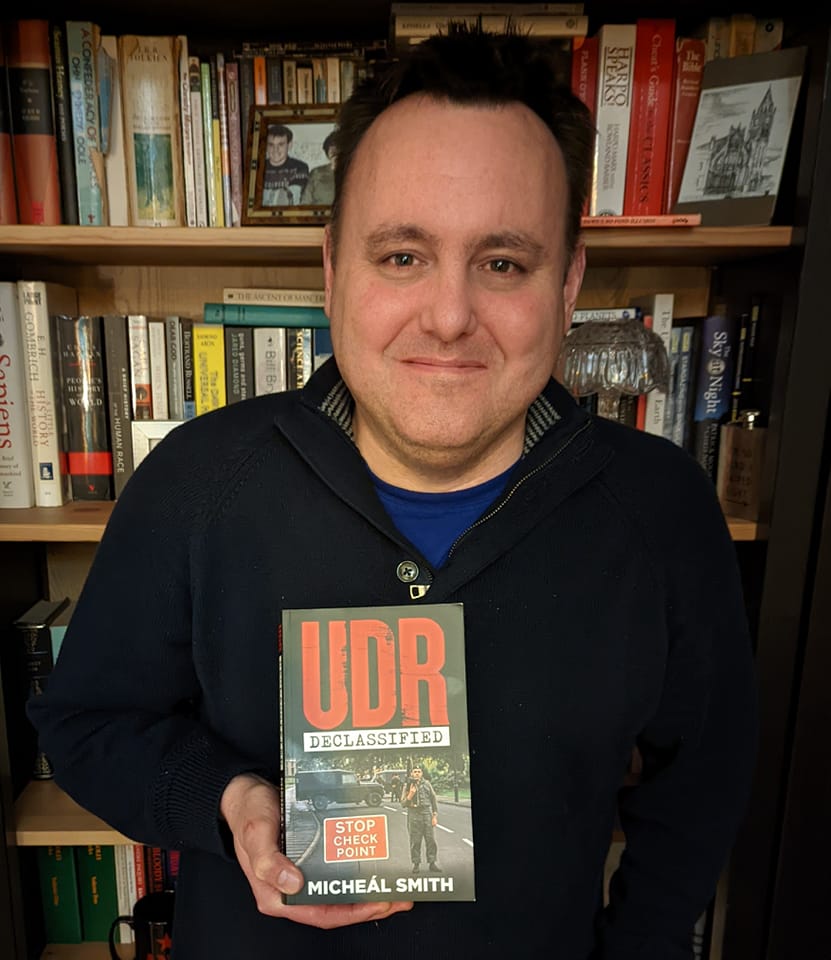 He has found evidence that in 1972, British army officials were concerned about the rate that weapons stored in the homes of UDR officers were being stolen.

A series of reports, which summarised UDR weapons losses, listed incidents of weapons "stolen either from individual UDR soldiers or from their homes, or from UDR armouries or guard rooms".

In several cases reports stated that "collusion is suspected",

It is revealed that in September 1971, after the theft of a .303 rifle from Newcastle in Co. Down, there is reference to “the possibility of collusion”.

Mr. Smith believes that report contains the “first official reference to collusion in the conflict found to date”.

Details were later forwarded to an under-secretary of state. In a hand-written note, an official describes the losses as "an appalling list, which lends colour to recent allegations of connivance"".

Mr Smith has also claimed the British army considered secretly test-firing UDR weapons to check if they had been used in sectarian murders.

He reveals that in February 1978, a series of "highly secret meetings" were held in Belfast between HQNI (British Army Headquarters Northern Ireland), the Intelligence and Security Company at 39 Brigade, which covered Belfast, the director of security in London and eventually the secretary of state.

These meetings concerned an internal investigation into 10 UDR, the Belfast city battalion, which was based at Girdwood Park in north Belfast.

The author claims two separate investigations were launched: one by the Special Investigation Branch (SIB) of the Royal Military Police after evidence of a fraud was found, while 120 Security Section (military intelligence) launched a probe after a UDR weapon went missing.

He claims it was discovered that up to 70 members of the battalion had links to loyalist paramilitary groups "at some level" including a member of the Shankill Butchers.

It was also suspected that up members of battalion had engaged in large-scale fraud, claiming an amount estimated between $30,000 and $47,000 for duties not carried out, with the cash to have been passed on to the local UVF.

What was termed a 'minor' investigation by the Security Section revealed that "certain SNCOS (senior non-commissioned officers) had been involved or were involved in paramilitary activities".

The probe also found that "known members of para-military (sic) organisations" were allowed to socialise in the UDR messes and clubs at the base.

This probe was later sus pended "temporarily" after it was suggested "the investigations may affect morale in the battalion".

The most shocking revelation centres on claims the British army considered "secret methods of test firing UDR soldiers' weapons", according to the author, "to check whether they had been used in sectarian murders".

Mr Smith says the question of test-firing 10 UDR's weapons was raised by the Northern Ireland Office "in order to forestall media queries".

It is claimed that at the time the SDLP had called for test-firing to be carried out on personal protection weapons held by members of 10 UDR.

The author suggests it was agreed that the UDR and SIB should consult to find a more "equitable method of organising test firing should the need arise".

Minutes of a meeting in March 1978 show that a British armed forces shooting competition was later proposed as cover for the test firing exercise.

UDR Declassified by Micheál Smith is published by Merrion Press and available now.