“Today the highest court in Britain, the UK Supreme Court, found that none of the previous inquiries into the murder of Belfast solicitor, Pat Finucane, had satisfied the Art 2 procedural obligation of the state to carry out a proper and rigorous investigation.

The Court stated that “All inquiries (to date), including de Silva, did not have the capability to establish salient facts into Patrick Finucane’s death.”

This judgement is a resounding vindication of the years of fearless and dignified campaigning by the Finucane family and carries huge implications for the British political, legal and military establishment given the overwhelming evidence of official complicity in the murder.

An officer of the court, Pat Finucane, was murdered in front of his family at the instigation and in collusion with elements of RUC Special Branch, the Force Research Unit of the British Army and the Security Service MI5. The cover up must end. Pat’s murder was the tip of the iceberg that was collusion and many other families will this morning feel encouraged not to give up.” 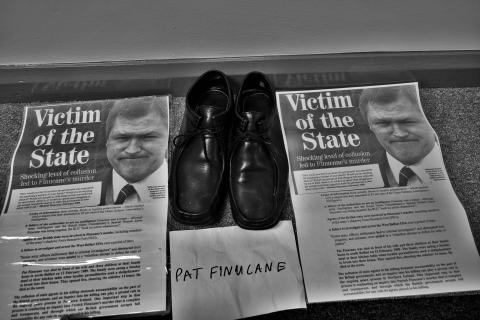 Full judgement can be accessed here: