'What If?' The story of one mother’s loss.

Shankill Bomb Play to be performed in Derry

The Shankill Road, Belfast 1993. On a sunny Saturday afternoon in October a bomb explodes in Frizzell’s fish shop, killing nine people and one of the bombers.

'Then it hit me - my Leanne was under all them bricks  …

A mother’s instinct is to protect her child.  Who can protect their child from evil? I couldn’t.'

“A piece of work that will resonate with all people, regardless of class, colour or creed” - Audience Member 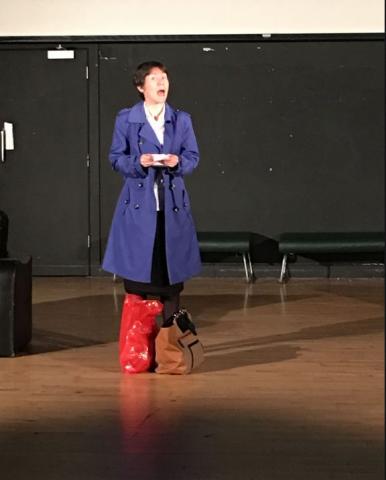 ‘What If’ was performed on the Shankill in October 2018 during the 25th anniversary of the Shankill bombing, it had a profound impact on those that saw it.

Since then it has been the desire of those in the Shankill community who organised Shankill25 that the play should be seen by a wider audience.'

Organised and sponsored by the Pat Finucane Centre, the Bloody Sunday Trust and Towards Healing and Understanding