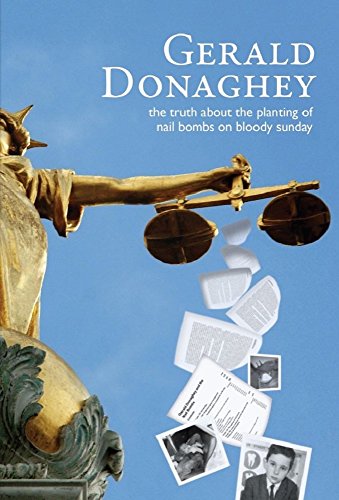 The truth about the planting of nail bombs on Bloody Sunday

Derry’s history; 15 June, 2010, was one of the brightest. When British Prime Minister David Cameron admitted to the House of Commons – and the anxious throng watching in Guildhall Square – that the shootings on Bloody Sunday were ‘unjustified and unjustifiable’ it prompted an outpouring of raw emotion; unbridled joy, immense relief, tremendous pride and, on reflection, profound sadness. Mr Cameron wasn’t telling us anything we hadn’t already known. Those of us who were there on Bloody Sunday already knew what had happened; but the world needed to hear.

That sunny June afternoon was the day when the truth about Bloody Sunday was finally set free. It was the truth, but not the whole truth. In the hours after Lord Saville’s findings were made public – while relatives of the other innocent victims celebrated their loved ones’ rightful exoneration – the family of Gerald Donaghey were left hurting yet again. Despite a welter of evidence to the contrary, Lord Saville and his colleagues found that Gerald was ‘probably armed with nail bombs’ when he was shot, although he ‘was not a threat at the time.’

Why then has the good name of Gerald Donaghey not been fully exonerated?

It is clear that the Saville Report was an exhaustive and painstaking piece of work, with much to commend it; it is equally clear, though – most obviously to Gerald’s family and friends – that the report is not perfect. Indeed, the Donaghey family can justifiably argue that Saville has closed their route to truth and justice for Gerald. This publication attempts to address that injustice.