Complaint to Bar Council of England & Wales re. Brandon Lewis from family of Billy McGreanery

We, the family of William Mc Greanery deceased, are writing to express our grave concern at the proposals by a member of the Bar of England and Wales to close down all access to justice for our family on this the anniversary of his death.

Mr Brandon Lewis MP, Secretary of State for Northern Ireland and a member of Inner Temple, has proposed that ALL criminal investigations, Police Ombudsman investigations, inquests and civil actions linked to the conflict be stopped under legislation that he intends to introduce later this year[1]. These proposals are intended to provide for an amnesty for British soldiers though this will in fact close down any possibility of a legal remedy for all families bereaved due to the conflict. 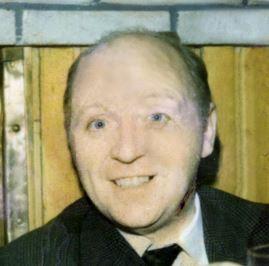 William (Billy) was shot dead on September 15 1971 by a British soldier as he crossed the street in the Westland St area of Derry. He was an unarmed civilian who posed no threat. The soldier was never interviewed under caution and the police failed to carry out the legally required investigation. At the time an illegal agreement was in place that had the effect of shielding soldiers from investigation in cases involving the use of lethal force.

Earlier this year a judge in Belfast, O’Hara J, referred to this in his ruling relating to the prosecution of Soldiers A and C, over the killing of Joe McCann in 1972:

At that time, in fact until late 1973, an understanding was in place between the RUC and the Army whereby the RUC did not arrest and question, or even take witness statements from, soldiers involved in shootings such as this one. This appalling practice was designed, at least in part, to protect soldiers from being prosecuted and in very large measure it succeeded[2].

In 2014 we applied to the Attorney General for Northern Ireland for a fresh inquest into the killing but the AGNI instead referred the case to the Public Prosecution Service who instructed the Legacy Investigation Branch of the PSNI to carry out an investigation. Though we remain critical at the lack of independence of the PSNI we reluctantly agreed to co-operate with the LIB. The slow process of identifying potential witnesses and statement taking has begun.

Now Brandon Lewis, who remains a member of the Inner Temple, is proposing an outrageous politically motivated intervention that would close down all access to justice through the courts for our family and hundreds of others. The police investigation into the death of Billy Mc Greanery will be stopped by this legislation which was described by legal experts last week as going further than the amnesty introduced by the dictator Pinochet in Chile[3].

We are aware of many other families in a similar position. So for example the families of Annette Mc Gavigan (14) killed by a British soldier in 1971, Paul Whitters (15) killed by an RUC officer in 1981, Stephen Mc Conomy (11) killed by a British soldier in 1982, Henry Cunningham (15) killed by loyalists in 1973, Sean Dalton a father of six killed by the IRA in 1988 or Sean Brown a father of six killed by loyalists in 1997. All are awaiting either proper investigations, have initiated civil actions or have been granted inquests that have yet to take place and will be stopped by the proposed legislation. These families are just the tip of the iceberg. Two separate investigations into a loyalist/UDR/RUC gang in the 1970s that killed over 120 people, one led by the Police Ombudsman and the other by the former Chief Constable of Bedfordshire, Jon Boutcher, all face the real possibility of being closed down.

The Bar Standards Board of England and Wales states that,

Our society is based on a rule of law. Everyone needs to be able to seek expert advice on their legal rights and obligations and to have access to skilled representation in the event of a dispute or litigation. Our system of justice depends on those who provide such services acting fearlessly, independently and competently, so as to further their clients’ best interests, subject always to their duty to the Court.

Brandon Lewis is seeking to drive a coach and horses through the most fundamental right of all citizens-the right to seek expert legal advice and to then have access to the courts to seek redress.

According to the Bar Council

The independent, practising Bar of England and Wales… plays a crucial role in upholding the principles of government accountability under law and vindication of legal rights through the courts.

A strong and independent Bar exists to serve the public. As specialist, independent advocates, barristers enable people to uphold their legal rights, often acting on behalf of the most vulnerable members of society.

If the role of the Bar is to hold the government to account and ensure vindication of legal rights through the courts then we assume that the Council is concerned to see a member of the Bar seeking to thwart these same values and to deny the legal rights of vulnerable members of society-the families of men, women and children killed during the conflict.

A related issue is the fact that Brandon Lewis has repeatedly claimed that the ‘vast majority of security force killings were lawful’. This is a highly controversial claim to make from someone whose bread and butter was the law. In fact as highlighted above in the comments from O’Hara J there are legal judgements to the effect that many security force killings were never properly investigated. This has been pointed out to him and numerous attempts have been made to get the NIO to divulge the source of this clearly inaccurate ‘legal claim. His officials have refused to do so.

If a medical doctor sought to deny patients access to appropriate health care the patient might well appeal to Medical Council. We are appealing to the Bar Council to respond to this unprecedented attack on the rights of victims to have access to justice. If these proposals become law then the concept of the rule of law in a democratic society will be meaningless for thousands of families. Britain’s international reputation will be in shreds and it will be a member of the Inner Temple who has brought the entire edifice of the law into disrepute.

[1]Addressing the legacy of Northern Ireland's past - GOV.UK (www.gov.uk)