Shared with the permission of Helen Whitters

"It has been forty years since I lost my son. Paul, 15, left one evening to visit his girlfriend but was drawn into a small group of boys throwing stones at a bakery – tensions were high in the city as the Hunger Strikes continued. Without warning, a police officer shot him in the head with a plastic bullet fired from short range. Ten days later, on 25 April 1981, Paul’s life support was switched off and my son died. 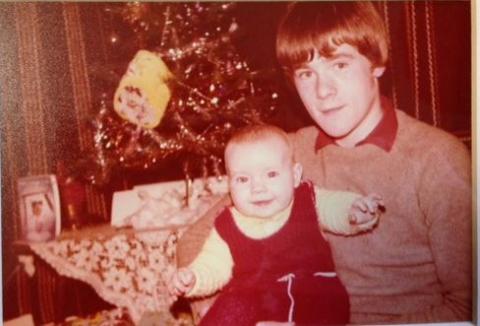 The forty years since have seen different chapters in how we have coped as a family and in this journey, we’ve travelled alongside the so-called path to peace.

During the Christmas after his death, an officer came to the door unannounced to deliver Paul’s belongings. He handed us a bloodied bag of clothes, smirked and left. This encounter is the entirety of the police force’s engagement with our family over the years and typifies the contempt we came to expect from the state. As a family, we were voiceless and forgotten.

But we all remember the sense of optimism that accompanied the Good Friday Agreement. Our family shared in the hope that we might address some of the horrifying events of the past and begin to focus on the common good for all. In our case, we began to hope we might make some headway in answering the most important question I have asked since the day Paul was shot – why did the police officer not simply arrest Paul? In the years after Good Friday, we began to hope this question might at least be heard. We were introduced to the Pat Finucane Centre, an organisation that has offered us a genuine sense of understanding and community and continually helped us as we try to navigate the corridors of the establishment.

Support from our family and community has not wavered but we need only look to the recent rioting to see that political progress has faltered. If anything, things feel more entrenched than ever. In our experience, doors that were starting to be nudged open are now, once again, firmly closed. In 2018, we discovered a file in the National Archives in England that bears Paul’s name. As the file is locked until 2059 for apparent reasons of national security, our only option has been to make a Freedom of Information request. This means the file we see will be redacted, potentially rendering it meaningless. In a society that lays claims to democratic ideals of equality and transparency of government, denying families information on the deaths of their loved ones compounds our trauma and makes a mockery of such notions.

Paul was many things to many people. Our family lost a son, brother, cousin, nephew, uncle, schoolfriend – the list goes on. The impact is enormous and the loss endures across generations. I would ask our community and political leaders to reflect on this and on the many similar losses in their own lives and communities.

In forty years of living with loss, I have learnt we need to be brave in how we face the past and envision the future. So I call on our political minds to shift their focus from winning arguments and fostering division to finding spaces where we can work across communities to truly confront the past and, in doing so, build a common future.