Lord Chief Justice admits: "We are breaking the law"

Families bereaved in the conflict are today witnessing the most senior judge in this jurisdiction publicly admitting his office is breaking the law. This is the only possible conclusion arising from a speech by the Lord Chief Justice, Sir Declan Morgan, given at the opening of the new legal year. 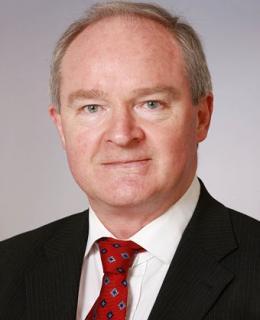 The PFC joins the LCJ in deploring the disgraceful failure of politicians in both London and Stormont to reach agreement and implement the "Fresh Start Agreement" legacy proposals.

The LCJ is clear in his speech that urgent action on outstanding legacy inquests is a "legal obligation" under domestic and international law. He is currently unable to deliver these inquests to comply with the law and is therefore in breach of Supreme and European Court rulings.

The LCJ points out that politicians have failed to publish a draft Bill to create the proposed legacy institutions and failed to reach agreement on resources. The outcome, he says, is hugely disappointing.

Only two more inquests of the remaining 58 in the queue will start in this financial year, he says, and it will be decades before they can all be completed. How can such a flagrant breach of international obligations be tolerated?

The LCJ points to the Council of Ministers at the Council of Europe saying it is "critical" that Britain move forward to ensure investigations can be completed.

Like the PFC, however, the LCJ points to more than his own legal obligations. He points to the "devastating blow" this is causing to bereaved families. The PFC witnesses this devastation and believes those causing these delays should hang their heads in shame.

We share with him a belief, however, that there still remains a window of opportunity for the politicians to move forward and this chance must not be squandered. We join him in calling on the Stormont Executive, the new Northern Secretary of State and Parliament in London to seize this moment.

"We cannot move on while we remain under the shadow of the past", says the LCJ. The PFC agrees and adds that families bereaved in the conflict must not wait any longer for agreement on mechanisms that provide whatever measure of truth and justice may now be possible.